Follow @tony_nog
Fisking an article can be a bit pedantic however I felt I had to have a quick pop at this telegraph article entitled “Theresa May’s Brexit success depends on curbing immigration. Everything else is a sideshow”.

So that title is pretty strong, immigration is everything apparently.  The article, written by Asa Bennett, says the following:

A Herculean task awaits her, as she has to grapple with many questions – like how close Britain should be to the European single market, how much it should be paying into the EU budget and how responsive it should be to European court rulings. But one issue looms large above all else as she battles to make a successful Brexit: immigration.

There it is again, presumably this is the number 1 priority.  He then goes on to describe how important immigration is to Theresa May, mostly via links to other Telegraph articles, and then talks about  various measures the government will take to “rein in immigration”  including the use of work permits for low skilled migrants.

OK, so we can see its important to Theresa May, where’s the proof its the priority for the country?

The weight of expectations on Mrs May to deliver is immense, as she will have to forge a Brexit that can satisfy the 52 per cent of Britons who wanted it to happen. These 17 million voters will have each had their own reasons for voting for it, but one of their overriding concerns was Britain’s struggle to control its borders

OK, hang on.  One of the overriding concerns.  Not the only concern, not even the primary concern of the Leave voters.  And what about the 48%?.  In fact although he references Lord Ashcroft’s post referendum survey he fails to show this diagram:

Across all Leave voters immigration ranked 2nd. Or in fact this quote from the survey:

Nearly half (49%) of leave voters said the biggest single reason for wanting to leave the EU was “the principle that decisions about the UK should be taken in the UK”. One third (33%) said the main reason was that leaving “offered the best chance for the UK to regain control over immigration and its own borders.”

One third. 33%.  Of Leave voters.  Therefore 1/6th of all voters more or less put immigration reduction as their highest priority.

And in fact polls suggest that a majority of people in the UK prioritise retaining the single market over reducing immigration when given the choice.  This YouGov poll  says that making an EU contribution is the most important issue for the public: 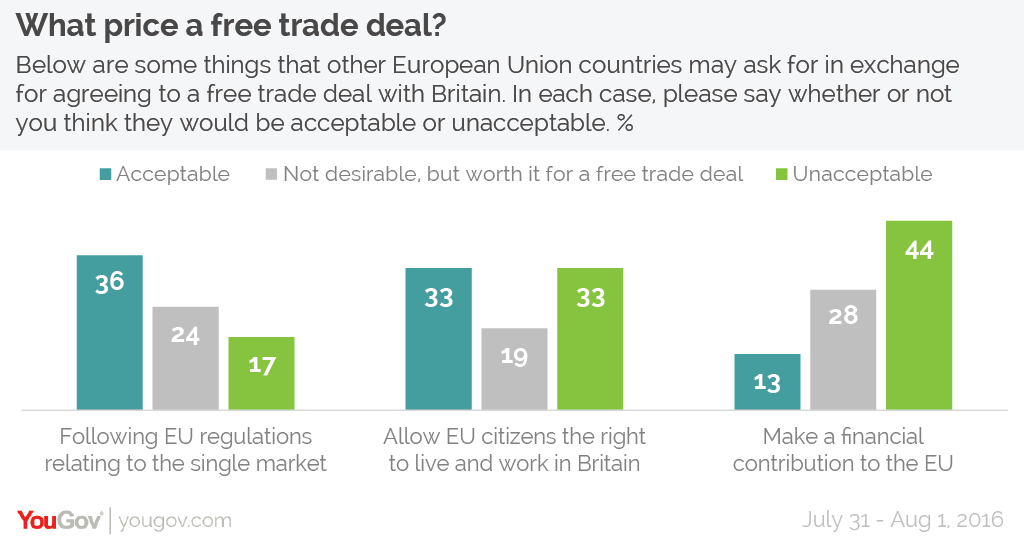 The poll goes on to say:

A large majority of Britons, both Remain and Leave voters, think it is important that Britain secures free trade with the remainder of the European Union once we leave.

Immigration therefore is NOT the top priority

The only thing this article can claim, even based on its own evidence, is that reducing immigration is the top priority for Theresa May and possibly the author.  This may be a particular issue for May (that surname is so awkward) given her history in the Home office, it may also be the burning issue for a significant number of very vocal Leave voters, however its not even the most important issue for Leave as a whole, much less the UK population.

In actual fact retaining “free trade” with the EU is the highest priority for the UK population, and we already know that getting free trade with the EU without Freedom of Movement will be next to impossible. 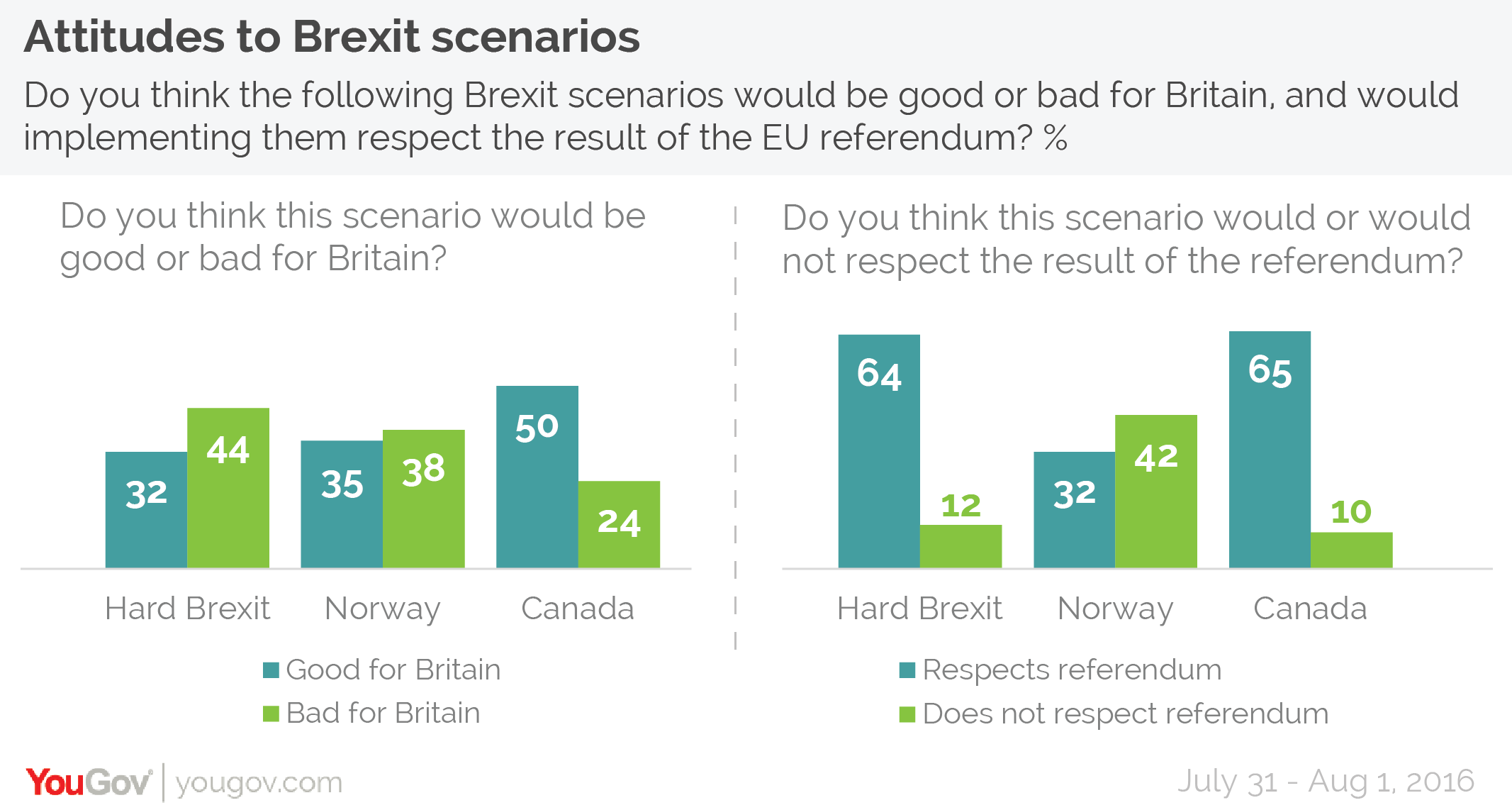 We also know from further polls that most people do not think a hard Brexit would be good for Britain.

Now, to be fair, these polls ask overlapping questions based on a deliberately vague picture from Vote Leave of what was possible.  So at the moment the following question has not been explicitly asked of the public, namely should the government:

If, once the question is asked (via poll, referendum or election), 51% or more choose 1) then this article becomes valid.  However until that time this narrative that reducing immigration is the only measure of success for Thersa May needs to be challenged.  This is not the priority for the nation, its not even the priority as far as we know for the 52%.  Losing the single market is bad enough, losing it because a 1/6th of the population (albeit vocal) are allowed to speak for all of us would be even worse.

8 thoughts on “52% Did NOT vote to Reduce Immigration”